We return to Lithuania. Time for a fight at our neighbours 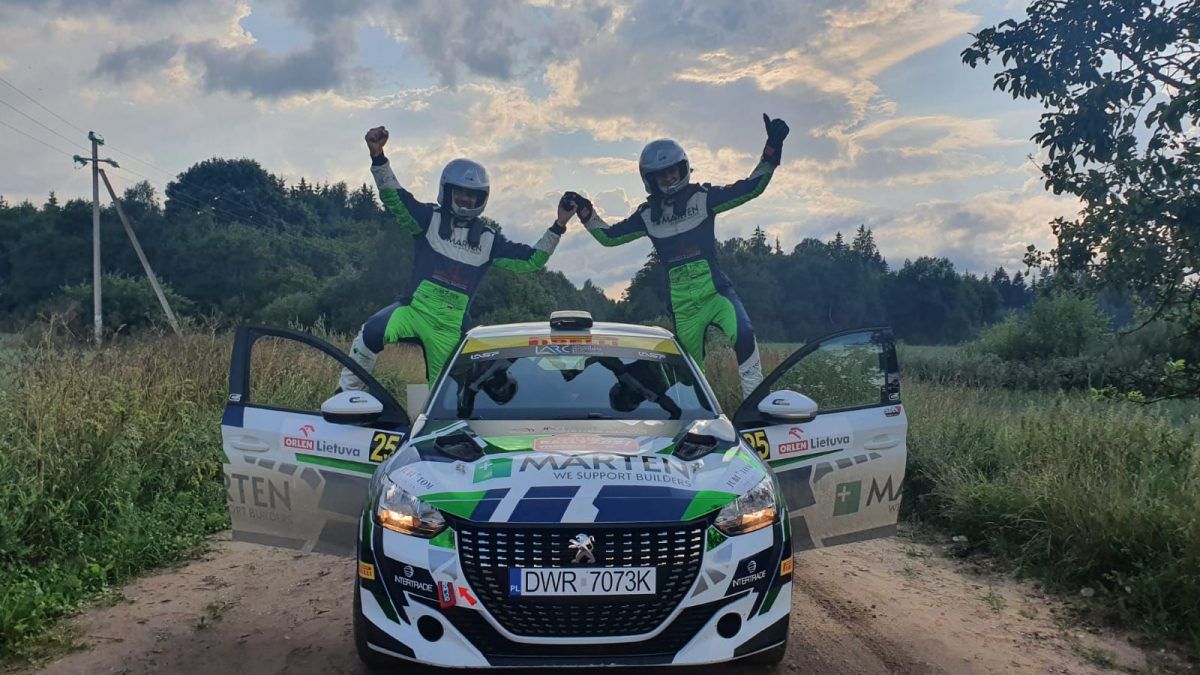 Orlen Lietuva Rally, the second round of the country’s championship, proved extremely successful for 15-year-old Hubert Laskowski. The young Peugeot driver is becoming more and more confident in competing with the best in his class and can be proud of another great result.

Last weekend, the teams had to compete in fourteen special sections covering a total distance of over one hundred kilometres. The trials, no longer than ten kilometres, meant that participants had to demonstrate their full potential from the very first metres. Hubert did just that, finishing second in the junior and LARC4 classes. In addition, in the highly well-attended 2WD class, in which 45 drivers took part, the 15-year-old finished in sixth place.

“As promised, I did my best, and I think the fans can be satisfied with my results. I feel more and more confident with every kilometre I drive, as the results show. Of course, there was a chance for an even better result, especially among the teams with single-axle drive cars. But I know that I am still a very young driver, and there is still time to fight for fractions of a second. Sometimes I need to let go so that things turn into two moves forward in the future. It is not difficult to get a great time on one trial and end the competition on the second trial,” said Hubert.

“Nevertheless, I showed that I already have some skills, and we can confidently fight for the championship titles in our classes. When we compared our start with the first round, the statistics show that I am making definite progress, so keep your fingers crossed that nothing stops my career. I will do my best as usual,” said Hubert.

Adam Jaros was in the right-hand seat and, thanks to his performance last weekend, he secured a second place among the LARC4 class co-drivers.

“The second round of the Lithuanian championship brought us another dose of experience and thoughts, which will certainly pay off in the next rounds. We have to remember that for a 15-year-old driver, every start is mainly about learning. We are taking a long-term view in order to be even more successful in the future,” said Adam Jaros.

After the second round of the Lithuanian championship, Hubert is in second place in the season classification among juniors and in the LARC4 class.