Sixteen year old impresses again! He shows his potential in a new car!

A new challenge for the Polish talent. The sixteen year-old will battle in the south! 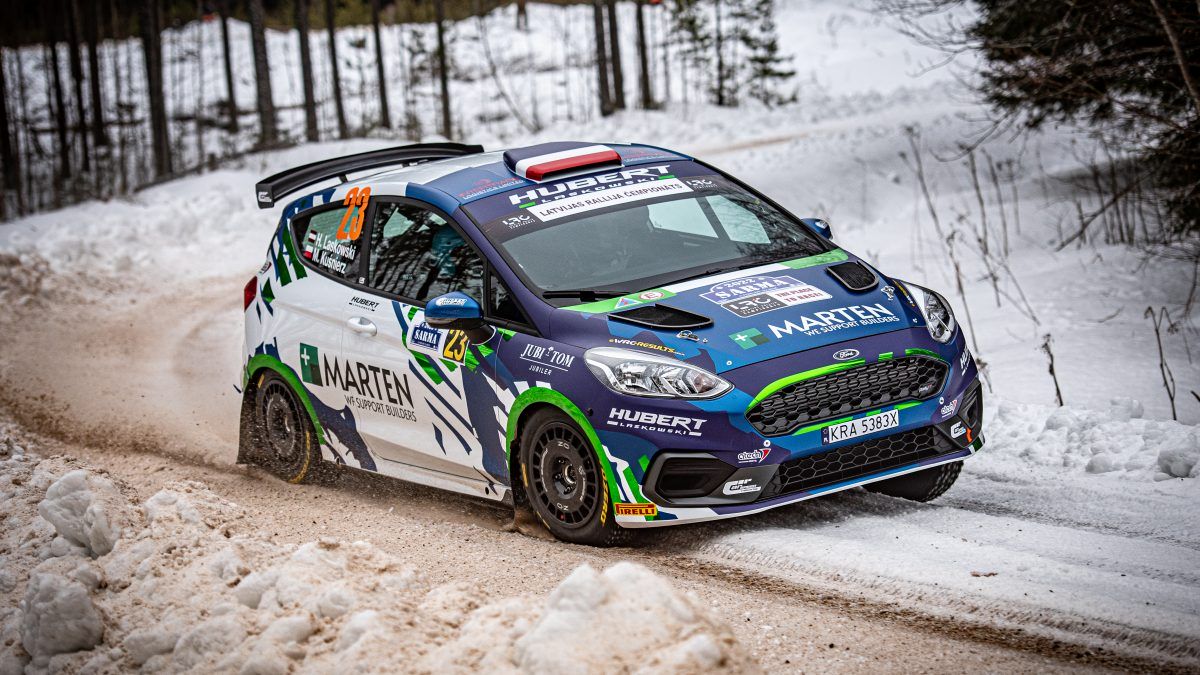 The sixteen year old Hubert Laskowski once again proved that he can adapt to new conditions very quickly. In his first start this season, making his debut in a new car, he won an Estonian Championship round!

The Lithuanian and Latvian Junior Runner Up started this year’s competition from Rallijs Sarma. The drivers faced six special sections of a combined Latvian and Estonian Championship round with a total distance of 88.44 km. The biggest challenge was the section that concluded the first loop and entire rally of approx. eighteen kilometres.

Rallijs Sarma was also Hubert’s debut in a new car: Ford Fiesta Rally3. The sixteen year old quickly established himself in the new design with a four wheel drive. After successful testing of the car which is used in the Junior World Championship, among others, Hubert has shown once again that he is an extraordinary talent.

With Michał Kuśnierz as the co-driver, Hubert emerged victorious in the Estonian EMV3 class! The sixteen year old was the fastest in five out of six sections and came in front of the reigning ERC2 European Runner Up! In the Latvian Championship, the Pole was overtaken only by Martins Sesks, who was already the Junior European Champion.

– We are at the Rallijs Sarma’s finnish line. We won the Estonian Championship class and were second in the Latvian Championship! We had no chance to compete in the second championship. Martins Sesks had a much more powerful car but we tried to keep up with the pace. I am very satisfied with my performance – Hubert Laskowski summarised.

– We had a really good pace. The new car did a very good job and didn’t let us down once. We have to thank M-Sport for delivering our model very quickly as well as the Car Speed Racing crew. The car’s servicing was of the highest level as usual. I also have to thank Michał, my co-driver, for flawless dictation. Listening to him was a pleasure – he added.

Prior to the rally, Hubert took part in the testing of multiple Polish and European champion: Kajetan Kajetanowicz. The opportunity to watch a master in action and take his advice produced the expected effects last weekend: – I would like to thank Kajetan for inviting me for testing and for his advice before my start. The advice came in handy. We are getting ready for the next rally, so keep your fingers crossed that everything goes smoothly.

The sponsors of the young driver include Marten, Pirelli, Intertrade Logistics Limited, Jubi-Tom Jubiler Kobierzyce and Atech Racing Polska. The Car Speed Racing is responsible for the car’s servicing.