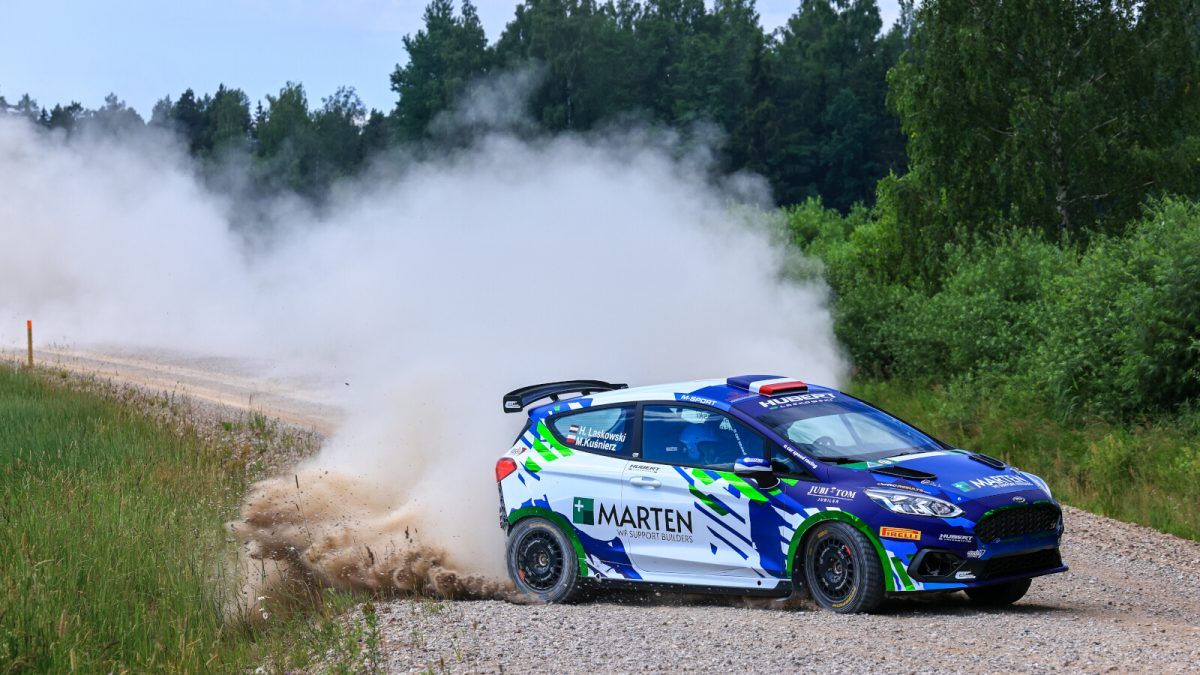 The sixteen year old Hubert Laskowski, whose career is followed by nearly all motorsports fans in Poland, will make another huge step to the rallying apex next weekend. The young driver will face the greatest challenge of his life by starting in a European Rally Championship round!

Rally Liepaja (01-03.07.2022) is this year’s fifth round of the Old Continent’s championship. The starting line-up features the best European drivers, with Hubert among them. The sixteen year old will again drive a Ford Fiesta Rally3 and will face the leader and second best driver in the ERC3 season’s classification.

“Rally Liepaja will surely be a very demanding event. The organisers prepare very difficult stages each year. It will be the most important event in my career. We will have a test day before the start and I hope I can find the optimal settings and pace during the test drives”, Hubert said.

“I am preparing for the start for some time now. I have been watching the onboards prepared by the organiser. There is only one conclusion: We are facing a very difficult task on very fast stages. Along with Michał, my co-driver, we want to do our best. We will go as fast as we can”, said the sixteen year old.

This year’s Rally Liepaja consists of twelve special stages divided into two phases. Before the drivers compete in the rally, they will have a last opportunity to correct their settings during a test drive. Six special stages with a total distance of 85.71 km are planned for Saturday. Sunday will be an even greater challenge. The drivers will again go through six stages with a total distance of 95.30km. They will have to face the event’s longest stage of 20.26km twice.