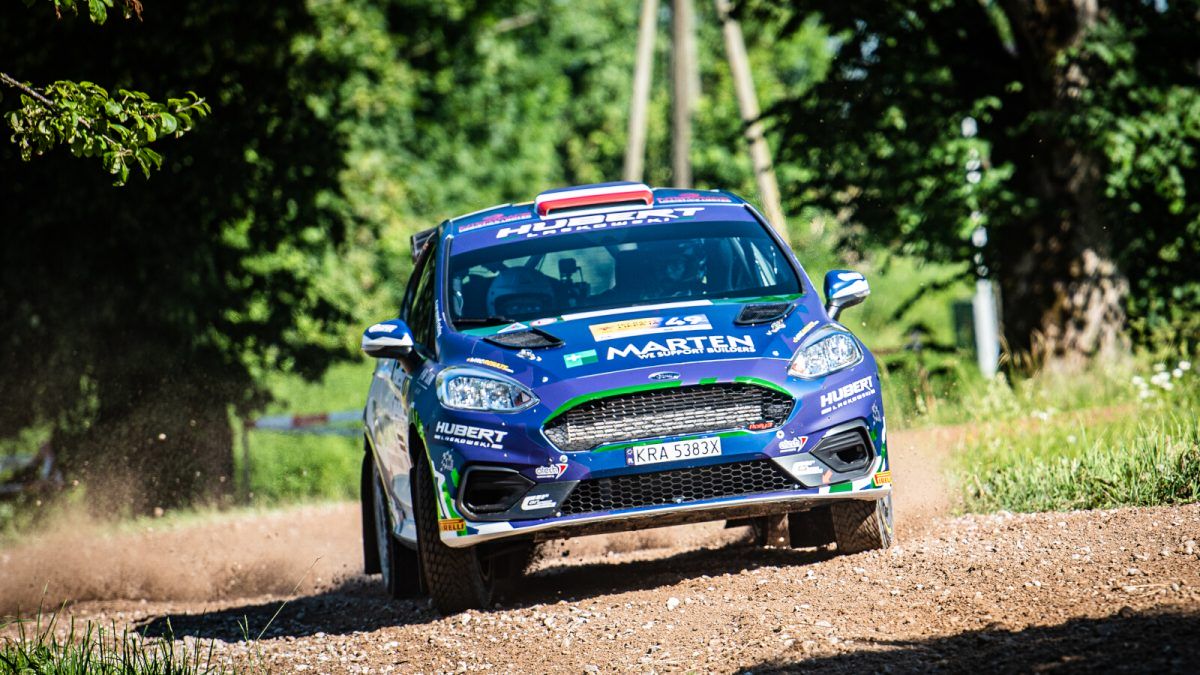 Hubert Laskowski, who is competing behind the wheel of a Ford Fiesta Rally3 this season, is facing the toughest challenge of his career. The 16-year-old appeared on the tracks of the Rally Estonia, a round of the world championship, last weekend.

The event’s presence in the world championship meant that Hubert had the opportunity to compare himself with the best drivers in the world. What’s more, a round of the world junior championship is also scheduled in the Baltic country, who use exactly the same car as Hubert: Ford Fiesta Rally3.

“The Rally of Estonia was a really challenging rally. Riding at the end of the stakes was not easy as the road was badly eroded. I’m not entirely happy with my riding because I couldn’t catch the pace, which was due to the lack of testing. We certainly took a lot of experience from this rally, which may pay off in the future ,” explained Hubert.

“The Estonian Rally is another challenge we have faced this season. I will not hide the fact that it turned out to be much more difficult than we expected. The reason for these difficulties was mainly due to the weather, which changed every hour during the rally. On two of the seven special stages we hit a cloudburst that was so strong that at times it was difficult to see the road. Although we didn’t have the opportunity to test before the rally, I think Hubert drove at a really good pace from the start. Once again he showed that he can compete at a high level without making mistakes, both in making a description on such difficult sections and in driving at a high level,” commented Michał Kuśnierz.

Hubert started the competition unlucky. He damaged a tyre on the second stage and had to chase the best in the Estonian championship on the remaining tests. However, a very good drive in the subsequent tests made up for the loss considerably and Hubert, piloted by Michal Kuśnierz, ended up in fifth place, second among Rally3 (EMV3) car drivers. This strengthened the 16-year-old’s hold on the season’s class classification leader’s seat. Compared to the drivers competing in the world junior championship, Hubert’s times were around fifth place. It is worth noting that he is supported in the supply of parts by M-Sport Poland, which is responsible for the organisation of the junior cycle.

“We really gained a lot of valuable experience from the rally, which I hope will pay off in the future. On the second special stage in a slow corner we damaged tyre and had to ride on the rim for five kilometres. This was a new challenge for Hubert, which he had not yet had the opportunity to experience on a gravel section. Despite the adventures, difficulties and time loss it caused, we fought to the very end and executed the plan 100%” – added Kusnier.

“Rally Małopolski already awaits us this weekend. This is one of the few opportunities to see us on Polish special stages. I hope there will be many fans along the route” – concluded Hubert, announcing the forthcoming show.