The 14-year-old Laskowski showed his class. The debut in Skoda Fabia Rally2 Evo was a great success

Talent of 15-year-old Laskowski spotted. A powerful brand has become a partner of the driver. 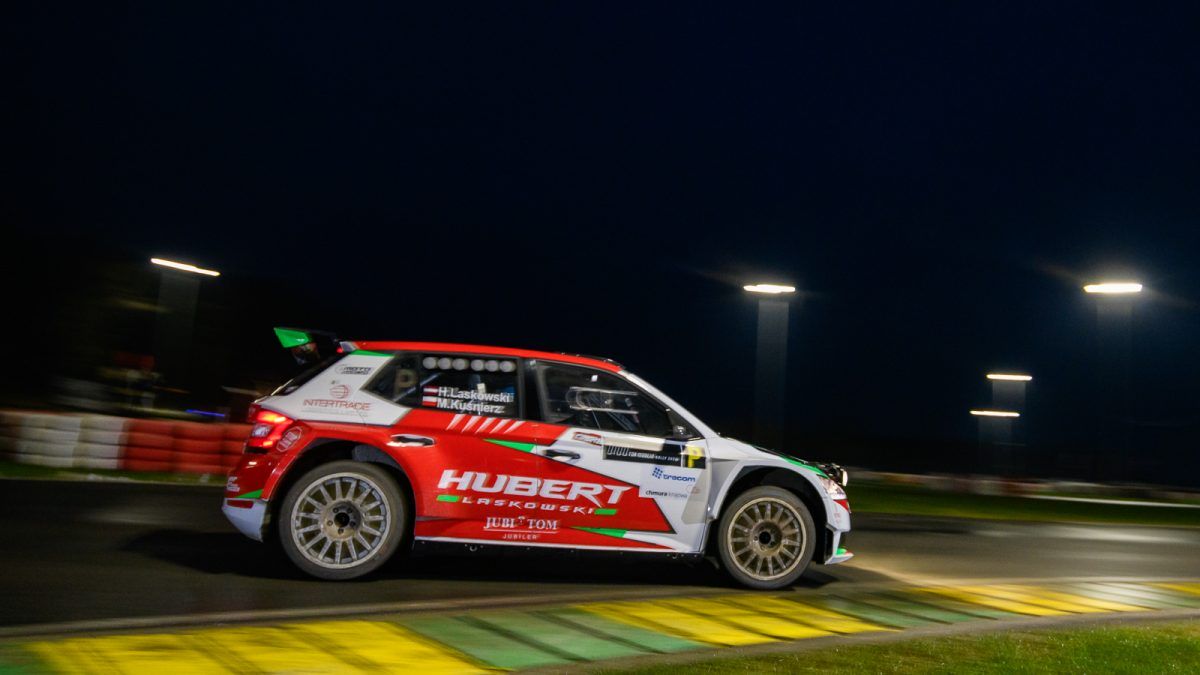 Hubert Laskowski proved last weekend that despite his young age he is already a very mature driver. In his debut behind the wheel of the Skoda Fabia Rally2 Evo he put many theoretically faster and more experienced drivers to shame.

The 14-year-old appeared on the tracks of the Modlin Rally Show as a function car driver. The Polish Automobile and Motorcycle Federation, strictly observing the regulations (no driving licence), did not allow Hubert to start in direct competition on a closed circuit. Paradoxically, having a Latvian licence, he has already started, among others, in the Liepaja Rally, which is a round of the European Championship.

However, thanks to the event organisers, Hubert was able to test himself on the same special stages and compare himself with the best drivers using unofficial results. These showed that he would have won fifth place in the rally’s general classification leaving behind much more experienced drivers who, until now, were considered faster than the 14-year-old. Positive feedback from the entire community meant that Hubert came back from the track extremely satisfied and with the Leszek Kuzaj Flat Out Trophy, which he got from the former Polish champion.

“Thanks to all my surroundings and the organizers of Modlin Rally Show I could drive Skoda Fabia Rally2 Evo. It was my first time in a four-wheel drive car! I quickly made friends with the new construction and felt very comfortable in it. I was improving my pace and speed from kilometre to kilometre. I didn’t think I would be able to drive the Fabia so comfortably in such a short time. According to the unofficial results, I would have finished fifth, which would have been a fantastic result. Before the rally I promised a fight and I think I delivered on that promise. I hope that one day I will be able to test myself in this car once again,” said Laskowski.

“Many people know that I also compete with Fabia on virtual tracks and I must admit that it was very interesting to compare the two worlds. Apart from the fact that there are no overloads in the simulator, my impressions, feelings and perception of the car were almost identical! As you can see “playing computer games” can sometimes be extremely helpful ;),” he said.

Skoda Fabia Rally2 Evo is the latest rally machine from the Czech manufacturer. What’s more, the car Hubert has been driving is one of the last models. So far, the car has been driven only at the Monza Rally Show and the past event in Modlin. The car was supplied by Keane Motorsport, while Car Speed Racing from Cieszyn, well known to Hubert, was responsible for the service.

All information about Hubert Laskowski can be found on his Facebook profile: https://www.facebook.com/hubert.laskowski.racing.driver/ and on Instagram: https://www.instagram.com/hubert_laskowski/. We also invite you to follow the channel on YT: https://www.youtube.com/user/adrianevo1.