A new challenge for the Polish talent. The sixteen year-old will battle in the south! 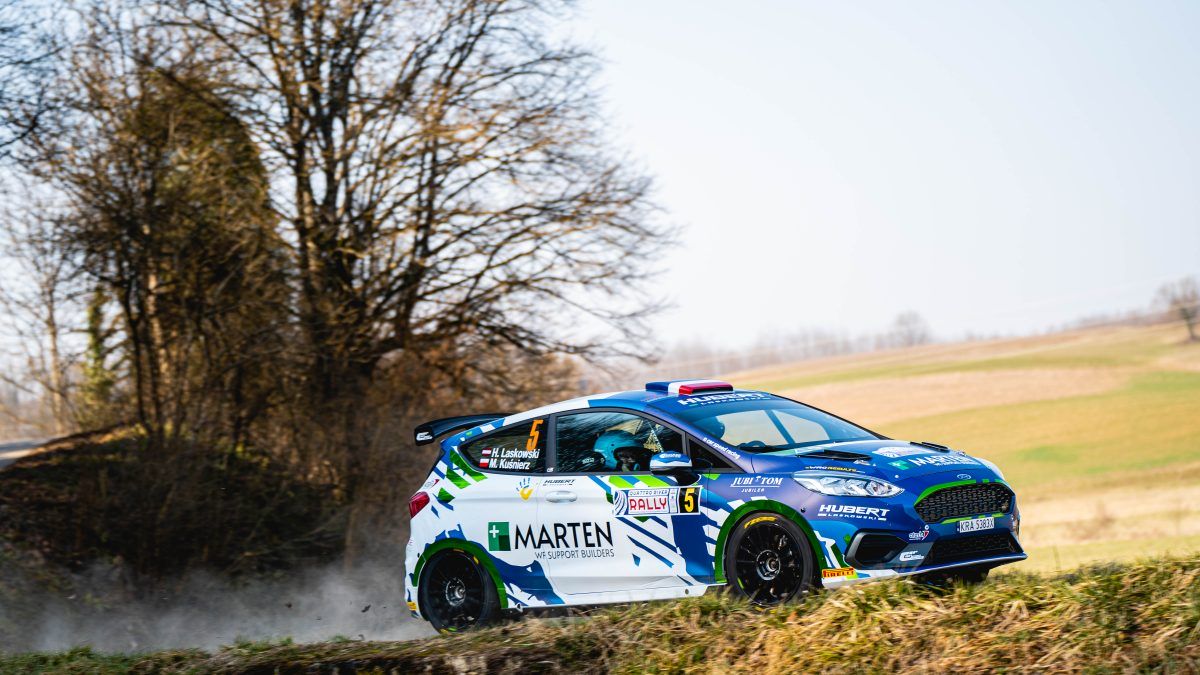 16-year-old Hubert Laskowski once again showed that he is an amazing talent! A young Ford Fiesta Rally3 driver using a weaker car than his rivals won the first round of the Croatian Rally Championship. What’s more, he left behind, among others, Kajetan Kajetanowicz!

Seven special stages marked the first round of the Croatian championship. The crews tackled the Korana super special stage for a start, which measured 6.49 km. This trial already showed that Hubert will fight for the podium in the event. The third time promised a good Sunday part of the event.

On the second day two runs of the Kupa (15.20 km), Dobra (11.12 km) and Mreznica (15.60 km) trials were planned. More importantly, the stages overlapped mainly with the Croatian Rally, which is a round of the world championship. This encouraged, among others, Kajetan Kajetanowicz, for whom it was part of his preparations for the battle for the championship title.

Sunday started perfectly for Hubert. The 16-year-old was the fastest on the first special stage and became the leader in the general classification! Hubert was third on the next two special stages and came to the service 10.4 seconds ahead of his closest rival. A third competitor, driving a much better Skoda Fabia R5, was also close behind, losing 14.2 seconds.

Hubert again proved that he is an extremely mature rider on the second loop and kept his rivals behind him. Two second times and a third secured the first overall win of his career! At the finish line, Hubert was 3.6 seconds better than his nearest rival! It is worth noting that it was a driver who has 180 starts in his CV, eight in world championships and 36 in European championships!

“The first asphalt rally behind us, and we won it in the general classification! I am very happy! The sections were very difficult. I had to quickly get used to the changing grip. In places it was very good, and in other parts it disappeared completely. You also need to know how to drive in such conditions, especially as the Croatian Rally is a round of the world championship. It is good to gain experience at trials where the best compete. I would like to thank the whole team for a job well done, which has paid off for us. Without them this result would not have happened! Many thanks also to Kajetan Kajetanowicz for his advice! They were useful and very helpful, as you can see from the result!” – Hubert commented.

“We are very satisfied. We have done a good job! Before the start I was worried about the route description. There were many peaks, tightening corners and cuts in the sections, which made for a lot of dirt on the road. The grip changed several times in one section. This was very difficult to grasp. The most important thing for us is that we have not made any mistakes: from preparation to competition. We drove the whole rally cleanly and at a good pace. The rivals were very strong and it is a bit of a surprise that we were better than the local drivers who have been competing here for many years. For us it was our debut on asphalt! After a moment of celebration, however, our thoughts are already on the next performance to prepare for it as well as possible,” added Michał Kuśnierz, Hubert’s pilot.