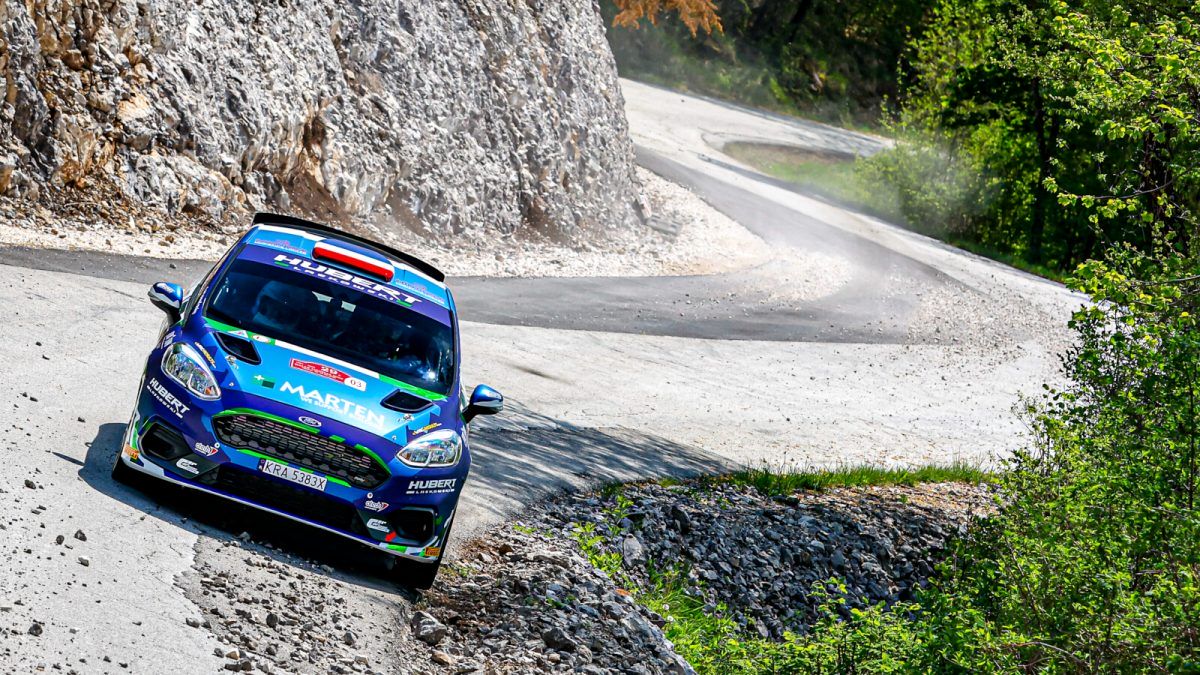 After a short break, the sixteen-year old Laskowski was back behind the wheel of his Ford Fiesta Rally3. This time, one of the most promising drivers faced the very difficult stages of Rally Opatija. The Croatian Championship round turned out to be a huge lesson for the young driver.

Adding uncertain weather and no pre-rally testing which requires additional funds, Hubert’s performance turned out to be very demanding. The young driver did not given up however and proved his capabilities from the beginning.

We put up a very good performance in the stages and were the fastest crew with a Rally3 car! It is a great result considering that we had no funds to conduct pre-rally testing and we competed with a driver who won a World Championship round a few weeks ago! It is extremely pleasing that we are able to show the pace of the world leaders from the first metres!, said Hubert Laskowski.

The driver piloted by Michał Kuśnierz completed the battle in seventh place of the event’s general classification. As already mentioned, the sixteen-year old was the fastest Rally3 driver and in the strongly stocked class 1 we was overcome by drivers with stronger and much better Rally2/R5 cars.

In class 1, we raced against much stronger Rally2 and R5 cars. Once again we have shown that even with very limited funds, we are able to compete and we do not give up, Hubert added.

The special stages were very difficult and treacherous. In some parts, the asphalt was slippery as ice! That’s the charm of Croatian SSs. I am please we shown even and good pace. The experience we gained will surely bear fruit in the future. We look forward and despite the financial difficulties, we are implementing our long-term plan to make sure that our fans as well as current and future partners are proud of us, he concluded.