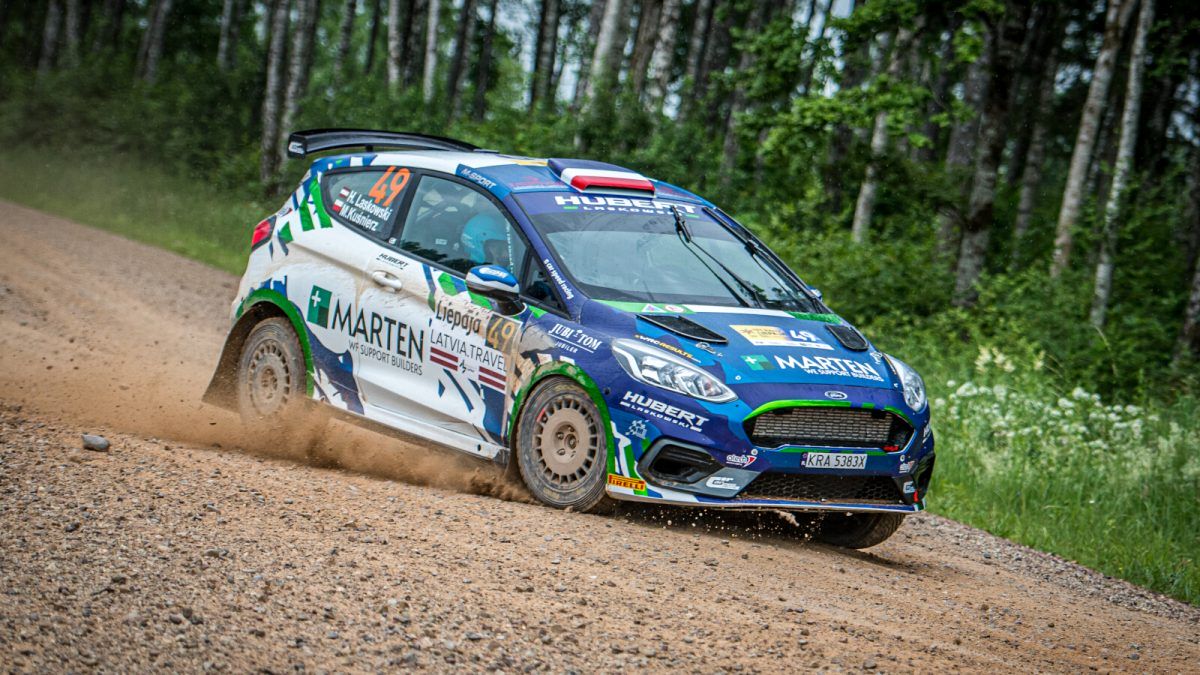 Hubert Laskowski, who made his debut at the Old Continental Championships a fortnight ago, where he won in his class, will now face the best in the world! The 16-year-old will appear at the start of the Rally Estonia.

The Rally Estonia is the seventh round of the World Rally Championship, which means Hubert will have the opportunity to compete against the best drivers in the world. What’s more, a round of the world junior championship is also scheduled in the Baltic country, who use exactly the same car as Hubert: Ford Fiesta Rally3.

‘Driving on Estonia’s very fast and winding gravel special stages with many peaks will certainly not be easy. Another big challenge awaits me. This is a very important clash because of my plans. I want to get to know the nature of these roads as well as possible and take as much experience as possible out of this rally. We will drive the same route as the drivers competing in the WRC, which is where I want to be in the future,’ said Hubert.

Michał Kuśnierz will sit on the right seat of the rally car. As in the Liepāja Rally, getting to know the route will be extremely important in Estonia, and having such an experienced co-driver at your side is a great support for the young driver.

‘In Estonia, a very precise description is needed. I hope to create one together with Michał. I’ve already watched last year’s onboards and it’s certain that we’re in for some long-distance flying at very high speeds,’ said Hubert, who can also count on the support of the Polish branch of M-Sport.

‘Admittedly, we will start without trials, which may make the first kilometres a little weaker. However, I think the short break between starts will make the difference not much. Being compared with the world’s best juniors promises to be exciting, and I’ll give it my all from the first metres,’ he concluded.

‘Everyone has noticed that Hubert has set himself higher and higher goals this year from rally to rally. The start of the upcoming Rally Estonia is another challenge. As he mentioned, it will be a very difficult rally in terms of description as the route is very demanding with a lot of peaks, hops and tightening corners. This results in driving at the level we are presenting this year, which requires a lot of experience, which Hubert does not yet have, but which he is building at an impressive rate. We are approaching this rally like any other this season. We feel a lot of respect, but also a lot of confidence, which we have been building up for a long time. I am of good cheer and hope that we will do a good job. Once again, we will show our good side,’ added Michał Kuśnierz.